In NYC’s wealthiest neighborhood, thousands of families make less than $27 per day 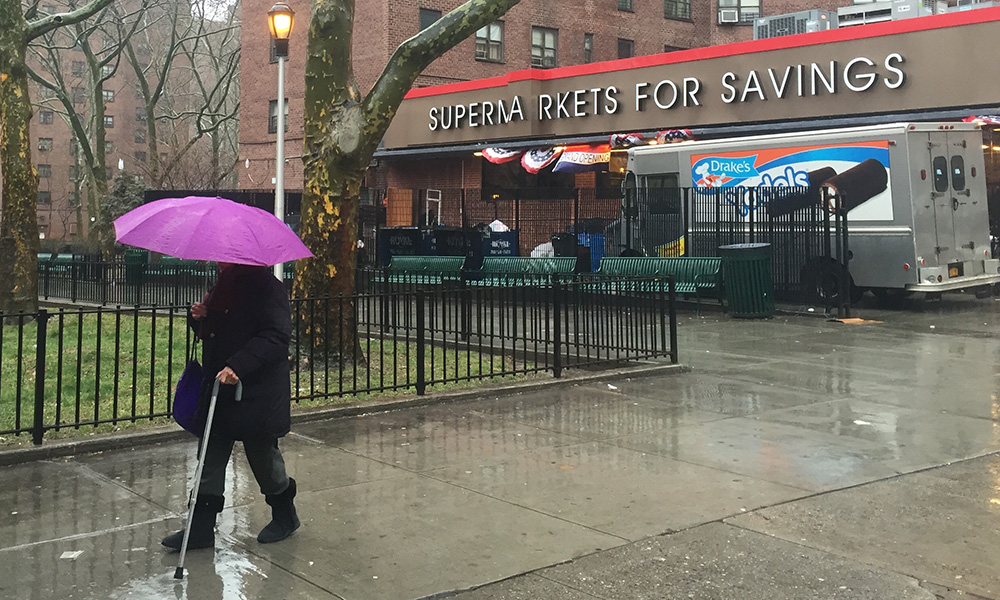 Whenever Elys Flores visits her relatives in the Bronx, she comes back home with shopping bags. Living in the Alfred E. Smith Houses, a public housing in the southern tip of Manhattan, she can’t afford buying groceries in her own neighborhood. Flores is at the bottom of the social pyramid, but lives in the wealthiest part of New York.

Flores, who’s 34 years old, moved to Manhattan after her 8 year-old son was shot in their neighborhood in the Bronx. The New York City Housing Authority transferred her family to the area six years ago, and now she receives a government assistance to take care of her disabled son.

“I like living here,” she said. “It’s safer, but more expensive.”

Flores is part of the 5,2 percent poorest residents of Manhattan Community Districts 1 & 2 – how the area is labelled by the Census. She likes that there’s no gang violence and it’s close to lots of transportation. But being in Downtown has a price – and it’s high.

“Buying groceries is way too expensive. Sometimes it’s cheaper to eat fast food,” said Frank de Jesus, 52 years old. He used to be homeless, and moved to a relative’s house in the area about one year ago. Jesus is unemployed and spends his days at a deli close to the public housing buildings in the eastern part of the neighborhood – where its poorest residents live.

“There’s one grocery store that is ok across the street,” he said. “But the Key Food is too far from here and I can’t afford to take the subway.”

On the block where the public housing buildings stand, it’s easy to forget that Wall Street is just a few steps away. There are no fancy restaurants or nice boutiques. Instead, two delis, one grocery store and one laundry. If for the Census these are all part of the same neighborhood, in the real world there are more, and quite different from each other.

“I’ve been living here for the past 56 years,” said Violet Guzmen, 78 years old, who’s retired. “I’m not rich, and this is my neighborhood. I can’t think of living anywhere else.”